TRUCK CARTEL: NEW DECISION ON INTERNATIONAL JURISDICTION. ORDER OF THE COMMERCIAL COURT No. 3 OF VALENCIA (10.4.2018)

TRUCK CARTEL: NEW DECISION ON INTERNATIONAL JURISDICTION. ORDER OF THE COMMERCIAL COURT No. 3 OF VALENCIA (10.4.2018)

A new resolution on the international jurisdiction of the Spanish Courts on damages due to competition law infringement. This time it is the Order of the Commercial Court number 3 of Valencia, of October 4, 2018, ruling on a plea based on an alleged lack of international jurisdiction raised by AB Volvo against the plaintiff, a Spanish company.  In a particularly didactic way, the plea is rejected for the reasons discussed below:

POSITION DEFENDED BY AB VOLVO IN ITS PLEA:

Volvo pointed out that the Commission Decision of 19 July 2016, that is the basis for the follow-up action brought before the Court, precisely delimits the territorial, temporal and subjective scope and perimeter of the cartel. Thus, in accordance with the nature of the action, the jurisdiction provided for in Article 7.2 R (UE) 1215/12, which provides for jurisdiction ” in matters relating to tort, delict or quasi-delict, in the courts for the place where the harmful event occurred or may occur“, would apply.

In support of this assertion, Volvo recalls that the jurisprudence of the CJEU (C-352/13 CDC-Hydrogen Peroxide SA) has interpreted this precept to state that, in cases where injury is caused by the application of additional costs per cartel action, that location must be identified in the abstract, as the place of the conclusion of the cartel.

Likewise, Volvo points out, the interpretation of the competent forum cannot be so extensive that any place where harmful patrimonial consequences may be experienced by the action of the cartel (C-12/15 Universal Music, C-375/13 Harald Kolassa), legal doctrine reiterated in the recent judgement by the CJEU C-27/17 Lithuanian Airlines.

In the present case, according to Volvo, the Commission’s decision is clear and the acts sanctioned did not take place in Spain. In turn, the place of production of the damage cannot be identified with the domicile of the plaintiff, in accordance with a correct differentiation between direct and indirect damage arising from the cartelised commercial action.

POSITION ADOPTED BY THE PLAINTIFF

On the other hand, the plaintiff indicates that the correct interpretation of the Community rules and jurisprudence applicable to the case allows the plaintiff’s domicile forum, since it is the place where is based the plaintiff bringing his action before the courts corresponding to the place of his registered office, which is also the place where the damage caused by the defendants has materialized.

Thus, the sale at an extra cost took place in Spain and according to the place of production of the harmful event, the Spanish courts that are also the best placed to hear this lawsuit (closest connection). The same conclusion would lead to considering the case from a broader constitutional perspective, in accordance with the principle of effective judicial protection.

THE LEGAL BASIS FOR THE DECISION

In order to resolve, the Order states first of all that it is necessary to give content and meaning to the rule established in the art. 7.2 R (UE) 1215/12, to the exclusion of other rules:

“The Regulation, although it is a Community law, is a rule of discrimination of international competence between States with a nature assimilated to the private international law solutions that have preceded it. And these solutions between States are not offered by highlighting the pre-eminence of one jurisdiction over another, nor by privileging subjective criteria of any of the parties by reason of their apparent weakness or any other similar inspiration, but by identifying elements of connection between the object of the process in question, the vicissitudes of the action brought in each case and the accommodation that all this may merit in one or another national jurisdictional system and juxtaposed between those that may apparently be competent“.

The decision clarifies that, as an exception to the rule of conferring general jurisdiction on the defendant’s domicile (recital 15 and Art. 5.1 of the Regulation), the Regulation provides for the possibility that nationals of one Member State may be sued before the courts of another Member State, in accordance with the rules of special jurisdiction for certain matters provided for in Art. 7, although the case-law of the CJEU has been constant in pointing out that these special rules are of strict interpretation.

“How have been solved the problems of identifying the competent court in actions arising from concurrent tort so far? The determining factor is to consider that it is not possible a biased citation of specific jurisprudential and doctrinal materials because the solution of interpretation of what is to be understood by the place of commission of the harmful act starts from the concrete analysis on a case by case basis. The idea is to measure that the place where the action is taken counts with full guarantees in an effective manner. Thus the harmful consequences of the infraction can be recreated in the process on the allegedly injured plaintiff. This necessarily would require a recreation of the economic ties the plaintiff has maintained with the defendant or defendants, even though the action is typically tortious and non-contractual. Also other circumstances such as accounting, market position, cost structure or the eventual extension to third parties of the damage done. On the basis of this, the places where the harmful event occurred are usually identified alternatively as those where the agreement or concerted practice restricting competition has been adopted, those where the damage or practice has developed in the market in the most visible manner or those where the damage has materialised directly. To opt for one or the other criterion demands, I will insist on it, to consider the circumstances of each case”.

Thus, and in view of the recent jurisprudence of the CJEU (C-352/13 and C-27/17), the Order clarifies that, in this case, and in order to locate the place where the harmful event occurred or may occur, the following questions must be answered:

(i) Which market is affected by the anti-competitive practice?

In accordance with the Commission Decision of July 2016, as indicated in the Order, it is clear that the affected market is the Community market, so it is irrelevant where the meetings between the cartelists could have taken place or where the decision-making of each of the companies that formed part of the cartel was resident or where its registered office is, as Volvo claimed.

“The interpretation of the Community competition rules cannot make the system of distribution of competences an inefficient tool when they pursue the opposite result“.

(ii) Which Member State presents a closer connection with the specific case?

In the present case, the answer is quite clear: “insofar as the sale with alleged extra costs was carried out in Valencia, through a distributor based in Valencia and being plaintiff based in Valencia, this link is presented with Spain, and the Valencian courts are apparently the best placed to review the case, with all possible procedural guarantees and in an efficient manner, including the particularities of the case, the economic characteristics of the transaction or the damage allegedly suffered by the plaintiff, together with the rest of the circumstances that may be relevant to analyse this type of proceedings (pass-on defense)”.

(iii) Which courts have been chosen by the allegedly affected plaintiff?

“On the contrary, the plaintiff aims to be compensated for the direct damage he claims to have suffered: the payment of an artificial surcharge. And the place of damage occurrence is also coincident with his registered office, which also coincides with the transaction that allegedly produced the damage.”

Therefore, the Order considers that:

“All these place coincide in Valencia, the location of the market affected by the anticompetitive practice, the place the place where the harmful event occurred and the place where the rest of the circumstances show a close connection. For all these reasons, it should be concluded that, in this specific case, this court is the one corresponding to the place where the damages that the plaintiff aims to see compensated have occurred, in terms of art. 7.2 R (UE) 1215/12.”

In addition, the Order also contemplates the following criteria for the attribution of territorial jurisdiction to the Courts of Valencia:

A. The interpretation of the rule of attribution of jurisdiction must be based on the prior assumption of a notion of the “EU judicial system”, which cannot be used to ineffectively regulate claims between nationals of Member States.

“This vocation presupposes a qualification of the precepts of the Regulation, to the point of turning them into more than just mere rules of private international law“.

B. the interpretation offered in the EU legal system intended to regulate the European judicial area must be harmonious and in accordance with each other.

“This is why it is interesting to point out that the solution given here can be assimilated to the provisions which, for typical non-contractual matters, are still provided for in Article 4.1 of R ( CE) 864/07.”

C. The applicable substantive regulation begins from the assumption of a rule of indemnity that is expressly recognized to those harmed by an anti-competitive conduct, contained in art. 72 LDC and established in a procedural manner in the principle of effectiveness, which is also recognized in art. 4 of Directive 2014/104/EU.

D. Finally, the order concludes that: “it shall also be considered that the plaintiff, consumer or professional, does not matter, acquired some products through an establishment open to the public located in a place close to his center of interests and connected, at least commercially, to the cartel companies. Thus, the vicissitudes of these companies, i.e., corporate configuration or development of their economic turn in each region of the Union through the different distribution channels they may have established, cannot be opposed as an obstacle to the plaintiff”. 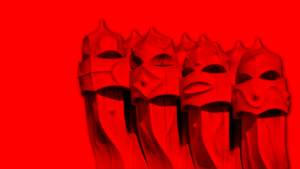 JOSEP GÁLVEZ HIGHLIGHTED IN THE RANKING BEST LAWYERS IN SPAIN 2020 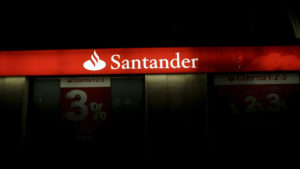 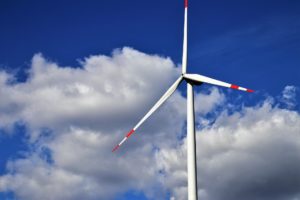